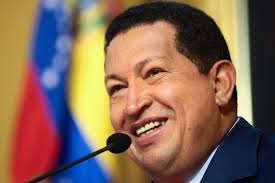 The best explanation of what Chairman Mao specified as Bureaucratic Capitalism is found in works of comrade Gonzallo in Peru. In our country, Chairman Siraj Sikder had very good understanding on that question. He showed that the Bureaucratic Bourgeoisie is the representative of imperialism, expansionism, bureaucratic capitalism and feudalism. At that time, he correctly characterized Mujiv-ism, Islamic socialism of Bhashani and JSD’s social democracy as fascism. Zia and Ershad’s military autocracy, Hasina and Khaleda’s democratic autocracy and Islamism of the religion-ists of the later period are fascism that center on Bureaucratic Capitalism being subservient to imperialism and sustaining feudalism. And the task of the so called left is to tail behind their program in theory and practice.

We get the brief idea about the situation of Venezuela from the document of Communist Party of Ecuador—Reconstruction Committee, which shows that Venejuela is one of the main oil supplier to imperialist countries. China and Russia have invested 135 billion dollars in oil sector in Venejuela. In land ownership, a handful of landlords hold absolute majority parts of land while most of the people are about landless. Bureaucratic Capitalism led by Chavez had stopped the Caracazo mass people’s rebellion in 90s of the last century. Chavez was of the same fraternity  with Saddam Hussain of Iraq, Ahmedinijad of Iran, Gaddafi of Libya, Asad of Syria who represent not own people in their respective countries but the corporativist fascist Bureaucratic Capitalism.

With the death of Chavez, not the people but the Bureaucratic Capitalism fell in crisis there. The people of Venezuela needs a genuine revolution where proletarian class and masses will lead in revolutionary transformation of society and assume ownership. And a Marxist-Leninist-Maoist party is needed that will lead that struggle.