As result of reactionary social system, in Bangladesh, innumerable children have been being victim of abuse, oppression and exploitation. Hundreds of children are dying and being crippled by torture.

Recently in Sylhet, a 13 year old handicapped day laborer boy Rajan, by being tied with a pool, has been beaten to death in excuse of theft. The killers captured the torture in video and spread in social media, 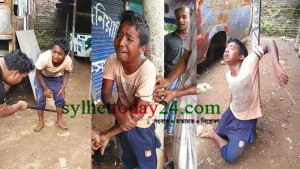 which eventually became curse for them. After it spread in social media, serious mass hatred was created which forced the regime to arrest the killers. Before that, Police tried to save the criminals by taking Six hundred thousand Taka bribe.

Recently the Indian BSF-Court again released the killer of Felani from charge, a poor handicapped child. When crossing the border, Felani was shot dead by the BSF in 2011. The poor child’s father is going to 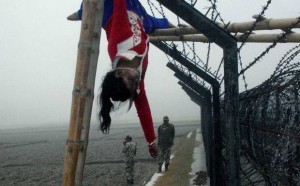 appeal in Indian civil court via a Human Right Organization. The Felani killing is an example of killing of Bangladeshi children by the Indian Expansionism. Naturally the reactionary court does not give verdict in favor of common people generally.

Seven months ago, a poor three years old child Jihad died by falling in a 14 inch diameter 600 feet deep well of Dhaka WASA. The Bureaucratic bourgeoisie, by keeping open such thousands of well, are killing children every day. The Police administration and 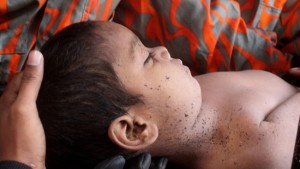 government obstructed people’s initiative of recovering the child. As a result the child could not be recovered alive. When government recovery campaign was declared failed, people with own initiative built technology and recovered the child but already he died.

Two years before, in Narayanganj, Toki named a middle class meritorious youth was abducted and ruthlessly killed. The news came 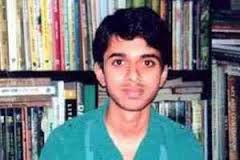 These are a few turmoil making among hundreds of incidents.

Born and brought up as slave

The Proletarian and Poor Peasant Children

Many children die before they are born. In absolute poverty’s adverse situation, there is lack of safe maternity. At the time of birth, child’s mother becomes target of feudal superstition or Medical business. Since when the baby came inside the womb and since after they are born, they start developing with absolute malnutrition. Many become handicapped while many become orphan. Children continue to mature by being kicked, beaten and called names by parents and relatives in family and by ruling class socially. After several years, compulsory religious education is imposed over them. Those who deny or can’t unite with that – most of the children cannot – inexplicable physical torture comes over them. Majority of the children become victim of sexual abuse. Many become victim of drug. They are terrorized by ghosts and after death life and are tortured accordingly.

Many poor children cannot get admission into primary educational institutes. Many of them are thrown to barbarianism of Madrasha education [Madrasha is religious school – Sarbaharapath]. Many cannot get out of that. In government education system, after suffering from the calling names, physical torture by the teachers, the constant hungry huge number of children become street boy; become hawker, many go to work with parents. After several years, they become workers of Garment factories, Rickshaw pullers, Vegetable sellers, day laborers, agricultural day laborers, daily-monthly-yearly laborer of the rich peasants. They have to suffer from ruthless atrocities of the police in city street. These children are rebel and revolutionary naturally. If they get a hints, they can easily understand how the bourgeoisie and feudal have piled up possessions by exploiting labor power of the working people. If we can educate them by communist ideology, proper future revolutionary force will develop who will lead in ending exploitative social system.

Most of the middle class children along with many poor ones are now deprived of natural birth right. They are born by scissor operation as result of medical deceit. Most of them get deprived of breast milk. Baby food business of the imperialist companies rise while these children get deprive of many necessary nutrition. They are ruthlessly tortured to assimilate feudal superstition and religion-ist barbarianism on the one hand, and are thrown to the unequal competition of the so called education system. The lower and average middle class families get defeated to those who can buy education business with lots of money. They are taught to run for corruption other than human quality. The middle class children are brought up for being clerk of the rich. They are made separated from physical labor and rural areas. They face feudal family and social abuse. Effort is made to develop them as capitalist commodity. Basically they develop as slave. Naturally the child mind want to rebel against that. All-out efforts are made to suppress that. They are made terrorized by physical torture and religionist horror like ghost-after death life etc with obvious torture. As they have opportunity to study and are abused, it is easy for them to learn Marxist knowledge. Those who will be able to gain that knowledge, in future, by merging with the proletarian class, they can get into the leading rank of the communist movement.

The rich class children are born and brought up in comparatively comfortable environment. But they are taught dangerous greed, running behind more and more profit and to look down upon common people and physical labor etc. They are trained with the aim of making them imperialists’ clerk or lackey. They are taught of going foreign other than staying in own country. Naturally when child mind rebel against this bad and filthy education, they face physical and mental torture and are religion-ist terror and torture. They are also become victim of sexual abuse and drug in mass scale. Many of them will rebel in future and merge with the proletarian class.

Children are abducted and huge money is forcefully collected from their parents. If they do not get money, they kill the children. Their bodies are cut to sell their organs to foreign. Children are smuggled to foreign to sell. These are the features of the reactionary child killer society. The Sheikhs of Middle East used innumerable children as jockey for their camel race and thus killed them.

Art, Culture and Science versus Superstition

Children are natural scientific minded and artist. They are very much inquisitive. To resist their thirst for knowledge, they are forced to learn superstition. They are forced to practice evil culture against their practice of developing creativity via art and culture. Thus, it is tried to spoil their mind.

Through Textbook, children are taught nationalist and religion-ist fascism. As soon as they get in touch with communist thought anyway, they become big supporter of that. Therefore, we have to spread communist teaching among the children, so, they themselves will learn how to confront various types of fascism. They will know how nationalism and religion-ism keep people under domestic and foreign exploitation in interest of handful of exploiting class elements. Those are doctrines of exploitation. Those are hoax and trading with people’s life. Hundreds and thousands of children are dying and being crippled by them each and every day. As children are the most tortured by them, they easily understand that.

Female children are the victim of more oppression

Because of the male chauvinist outlook of the society, female child is more oppressed than male. Sometimes, they are killed in the womb. Since they are born, they continue to be the victim of severe male chauvinist oppression. They get fewer food, nutrition and medical treatment. They get fewer education facilities. Naturally, revolutionary potential is more inside them.

Physically and mentally handicapped children are the victim of absolute negligence and rude behavior. Who will show sympathy to them in this inhuman society? Communists must save them and build a new society for their human development.

Children are Fond of Living Biosphere

Children love the living biosphere. They want to save the animals and trees. But huge animal killing, tree cutting and destruction of environment happens in front of them.

They are the Future Fighter

After all those too much repression, yet the children cannot be obstructed. They are getting in touch of knowledge and science via internet. Children are living and youthful. They are like rising morning sun. The human inborn qualities are more in children. They have more soft mind and human love and affection. They have more quality of doing well to others and serving the people. They know much better how this criminal social system is oppressing them since birth to adulthood. So, naturally, if we can show a correct guide to them, they will be revolutionary in future. They are the vanguard of the future Communist Society.