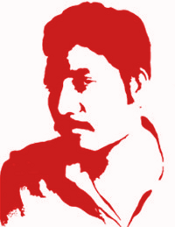 There are many revolutionaries who are working spontaneously in the name and line of the Proletarian Party in different parts of East Bengal without having any contact with the proletarian party of East Bengal.
Many of you have got contact with the Proletarian party of East Bengal, many others are having contact while many others are requesting for party contact through leaflet. The Proletarian Party is calling you to carry the following responsibilities:
1. Keep continue working in party line in underground by maintaining security.
2. Organize – those who are not enemy agent – in study circles and guerrilla groups. Make them study Five Articles, People’s war, Three Big Discipline, Eight Points of Attention. They must abide by Three Big Discipline and Eight Points of Attention.
3. Try to establish contact with party quickly.
4. Do not carry annihilation or attack prior to party contact or without proper permission of party.
But you can annihilate proven mass hated enemy in self-defense.
Any annihilation or attack carried out of personal rivalry will be treated as serious crime.
5. The bad consequence of spontaneous annihilation or attack without permission of party is as follows:
By seizing that opportunity, the Government and the agents of domestic and international enemies through taking party name, may annihilate or attack on patriotic or innocent people. Its aim is to create panic or confusion among the masses about party and divorce party from the masses. The Indian Intelligence service and imperialist agents widely committed such vile activities in the name of proletarian revolutionaries. Their aim was to create public opinion against Indian proletarian revolutionaries and divorce them from masses. As a consequence of that, in some cases, confusion was created among people.
Therefore, spontaneous attack and annihilation is completely prohibited. Proletarian revolutionaries will oppose such vile counterrevolutionary activities, unveil their crimes in front of people and provide them proper punishment.
6. Secretly keep your arms and other valuable goods.
7. After establishing contact with party, report your arms and other valuable goods, your activities, contacts and cadres to party.
Join party organizationally.
8. Cadres of the Proletarian Party of East Bengal should seriously keep caution, make proper investigation so that agents of domestic and international enemies cannot infiltrate into party in this course.