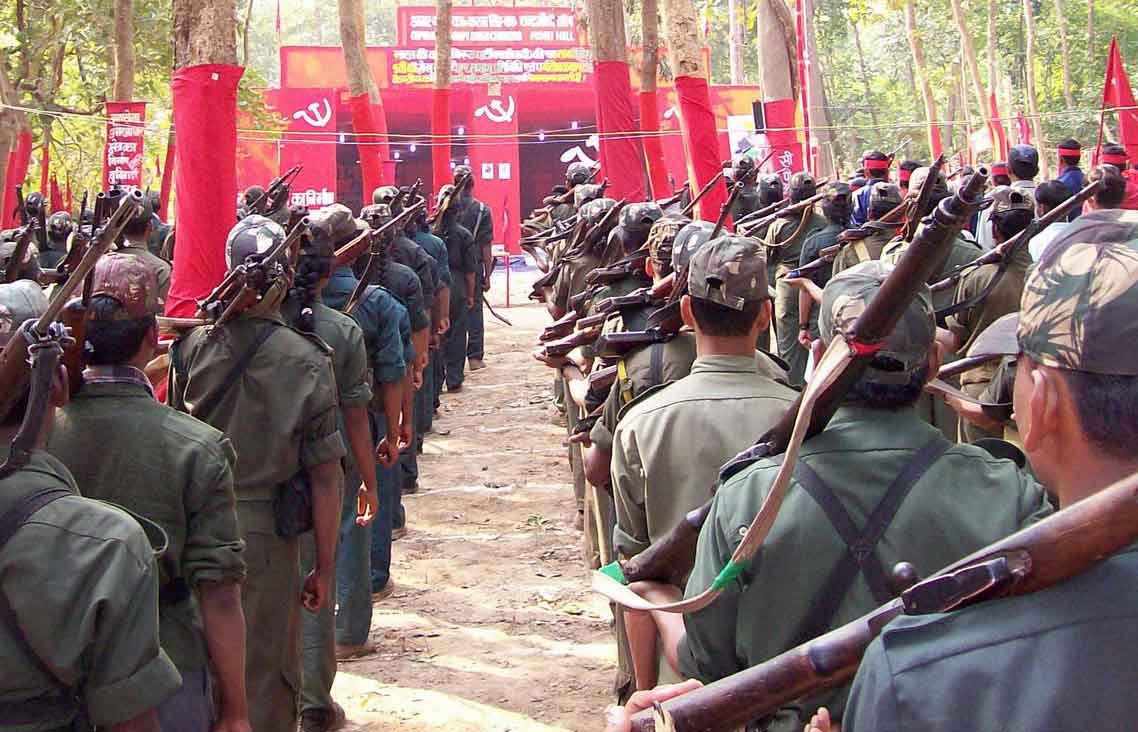 TO THE PEOPLE’S WAR IN INDIA

Imperialism, the highest and last phase of capitalism, phase of agony and decomposition of the world capitalist system, has been and remains a parasite of society, an obstacle to its progress, a man-eater and a destroyer of nature. To long for a new model of capitalism without imperialism is a petty bourgeois reverie. To think in defeating imperialism without a world proletarian revolution or to pretend to succeed without defeating opportunism, is anti-imperialism by word of mouth, imperialist apologia indeed.Beyond imperialism just follows the World Proletarian Revolution and the Socialist Society under the dictatorship of the proletariat, which will lead to Communist Society without exploitation of man by man, without class distinctions, without wars and without state.

Against the World Proletarian Revolution –the main historical trend in the age of moribund capitalism- rises the bourgeoisie of the imperialist countries in association with the reactionary classes of all oppressed countries, pretending to avoid the burial of the world imperialist system of oppression and exploitation, in spite of being as it is an outdated and incompatible system with the existence of society, a system whose guise of equality, democracy and freedom has been torn by the current economic crisis, revealing the colossal accumulation and concentration of capital and wealth in the hands of the private ownership of monopolistic parasitic groups, in contrast to the accumulated misery in society whose labour produces the wealth. Faced with such dramatic reality, it is not enough to resist: Revolution is needed!

India is a gigantic material example of that situation. It is a hive of exploitation, where the wage slavery is reinforced with old forms of labour exploitation, in a single process in which a billion people produce for a minority of ruling classes, along with their imperialist masters and partners, to take ownership of all the wealth and concentrate it in their hands. India is a huge subcontinental prison, where under the banner of democracy is waged a bloody dictatorship of the bourgeoisie, landlords and imperialism on the working classes, with reactionary military campaigns such as the “Operation Green Hunt” against the righteous rebellion of the working masses of the country’s poorest.

Consequently, the acute social contradictions have turned India into a bastion and advanced stronghold of the world proletarian revolution, where the Communist Party of India (Maoist) leads the People’s War of the oppressed and exploited masses, risen up in arms, against the entire political and economic power of the oppressors and exploiters, both native and foreign ones, willing to overthrow and destroy the reactionary State and build the power of a new state of workers and peasants, whose embryos already emerged in various areas where the military power of the exploiters has been defeated. Instead, were established organs of People’s Government backed in the Popular Militia that is, at the same time, the embryo of the general armed forces of the people in the future state of New Democracy, as a form of Proletarian Dictatorship.

“Operation Green Hunt” is an element of the reactionary and unjust war against the people of India, repudiated not only by workers, peasants, tribes and peoples, but also by democratic and progressive sectors inside and outside India.

The People’s War is, on the contrary, a just revolutionary war and the path of revolution in India against the reactionary state that protects the class privileges of all the exploiters. A war that deserves and requires the support of all the workers and peoples of the world as, little by little, is being proven in the global celebration of May Day.

Proletarian internationalism is diametrically opposed to the opportunistic falsification of internationalism that rises up against American imperialism but folds up and supports its imperialist competitors in Europe and Asia; that, by word of mouth, claims to defend the world proletarian revolution but, in fact, fears imperialism, betrays the People’s War and substitutes it for the stable of bourgeois parliament; that gives up the armed struggle aimed at destroying the reactionary state to prostrate itself before the dictatorship of the bourgeoisie; that renounces the revolution under the leadership of the proletariat to become outdated apologist of the bourgeois revolution of the old type. That was the revisionist disgusting traitor role played by the Communist Party of Nepal (Maoist) since 2006.

Soon is to be celebrated in Hamburg an International Conference in Support of the People’s War in India, promoted and headed by the Italian Communist Party (Maoist) which was criticized by its reconciliation stand towards Nepali revisionism. However, far from recognizing and correcting this stand, it refused its self-criticism, persisting in conciliating with the boss of the “new” CPN (m), Kiran’s revisionist fraction, supporter of the tactic theory of the peace agreement, defender of the commitments made in the pact of treason against the People’s War, credulous in the bourgeois democracy and submissive to Chinese imperialism.

In April 2011, in spite of the discussions and criticism on centrism complacent with the Nepali revisionism, some of us, theoretically and practically, gave support to the Week of Solidarity towards the People’s War in India, promoted by the Communist Party of Italy (m) as well, the one that in those days, on the occasion of May Day promoted a Declaration where conciliation with revisionism was evident, keeping in silence the betrayal in Nepal so as to sign it jointly with the prachandist party. In that Declaration besides other parties of well-known centrist tendency, was also involved the Communist Party of India (Maoist). Since then, that disguised centrism sheltered itself behind the “antiprachandist” cover of Kiran’s & Cia., being denounced, debated and unmasked by various Marxist Leninist Maoists organizations and especially fought in the centrist positions of the Maoists from Galicia. Still, the obstinate tendency to conciliate with the Nepali revisionism continued and now, as promoter of the International Conference in Hamburg, it changes itself into an “internationalist” Conference that distorts the true proletarian internationalism because, as the betrayal of the People’s War in Nepal continues to be concealed and the traitors treated as comrades, their support to the People’s War in India will not go beyond the framework of bourgeois democrat solidarity, acceptable to imperialism and sufficient for opportunism, but not for revolutionary communism. This is a divergence of principle with respect to proletarian internationalism that prevents us from adhering to the International Conference in Hamburg.

A divergence of principle that prevents us from forgetting the words of Marx “Past experience teaches us how forgetting brotherly ties that should exist between the workers of different countries and that should encourage them to hold each other in all their struggles for emancipation, is punished with the common defeat of their isolated efforts”, and obliges us to reaffirm our internationalist support to the just People’s War in India, to reject the political folly that condemns it as “armed revisionism”, to defend that its perspective –as a part of the powerful World Proletarian Revolution and not of an  impotent bourgeois revolution- consists in that the proletarian Marxist Leninist Maoist line prevails in the point saying that politics directs the fusil, in the Communist Party of India (Maoist), to whom we renew our admiration, our support and respect without renouncing Marxist criticism among comrades.

A divergence of principle with regard to proletarian internationalism that urges us to hold strong the commitment of the Joint Declaration of December 26 The international unity of communists requires the defeat of revisionism and centrism! renewing the call to the comrades who signed it to fight for a general line of delimitation with all kinds of opportunism, whose defeat, in spite of sacrificing some immediate benefits, will be the true guarantee of the future victory of the World Proletarian Revolution on imperialism, and of the global triumph of the Proletarian Dictatorship, the only course of genuine Proletarian Internationalism.